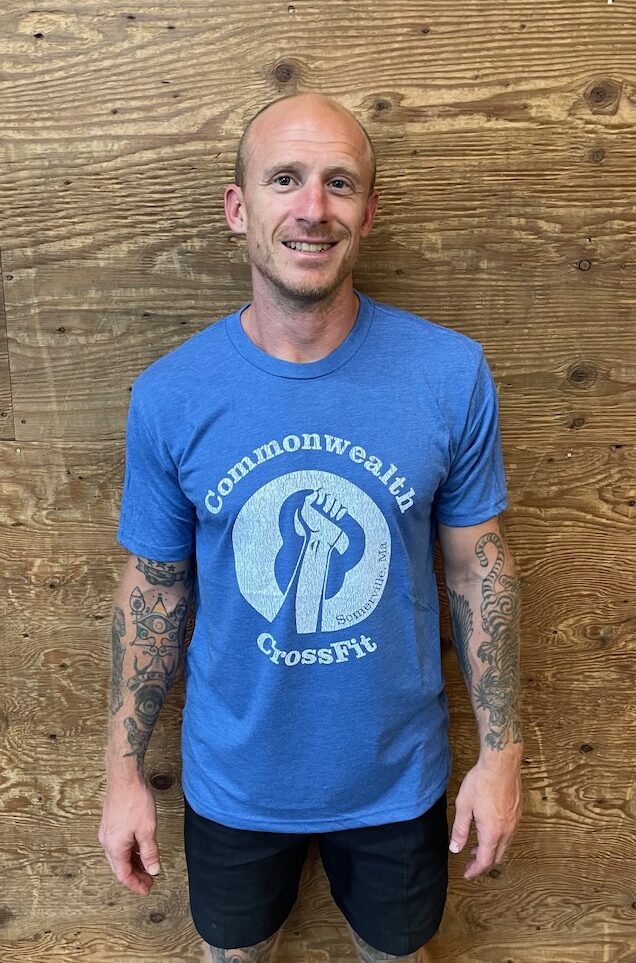 Jeremy joined Commonwealth Crossfit as a member in the spring of 2017, and became a trainer a little over a year later in 2018. Jeremy started doing Crossfit in 2010 as a way to condition for MMA before decided he liked thrusters and burpees more than getting kicked in the head and arm barred. He began as a trainer at Crossfit RVA before opening his own gym in Virginia, Colonial Crossfit. Eventually he moved back to Massachusetts to be closer to his family and joined CWCF. When he’s not in the gym, he spends as much as possible in the woods, with as many dogs as possible. Credentials: